Leave a comment
By Luna bourbon, by the book, easy to make, lemon juice, triple sec 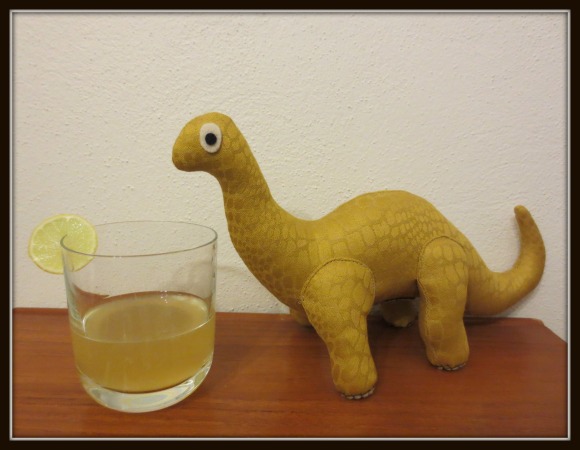 Some cocktails last through the ages; others die out like the dinosaurs. I’m hoping the Bourbon Triple Sour is in the former category.

The clue is in the title; it’s got bourbon in it, and it’s sour. But it’s a balanced sourness that’s offset by the bourbon’s caramel-ness; and with a gentle orange flavour tying it all together, it’s sort of like drinking citrus cordial for adults. It’s refreshing and tart and tastes way better than it sounds – try it.

Pour all ingredients into a cocktail shaker that’s half-full of ice. Shake it. Shake it more. Harder. Keep shaking. OK, you’re done. Strain into a glass that’s half-full of ice. Garnish with a lemon wedge. (The original recipe calls for a cherry and a slice of orange AND a slice of lemon as a garnish. If you want a fruit salad in your face while you’re drinking. go for it.)

Maybe one degree, since you have to squeeze a lemon. Can you have one degree of difficulty? Gah, I don’t know, I’m not a mathematician.

This recipe appears in The Cocktail Bible by Steve Quirk (New Holland Publishers, 2010).

One of the good things about this recipe is it doesn’t try to be high-fallutin’. There’s no requirement that you use top-notch bourbon, and it actually calls for triple sec instead of Cointreau (yes, I know the two are different things and have their own qualities, and I know triple sec is pretty damn good in a cocktail, but I’m a snob and still think Cointreau is better). While I’m tempted to try making this drink using, say, Buffalo Trace bourbon and Cointreau, I’m not sure there’s any point – it’s great just as it is. One day I’ll do an A-B test and find out which one is best – it’s a dirty job, but someone’s gotta do it. If you’ve already conducted such a scientific experiment, please let me know the results in the comment section below. Cheers!

Gertrude the dinosaur appears courtesy of Make it Wednesday: https://www.facebook.com/MakeitWednesday