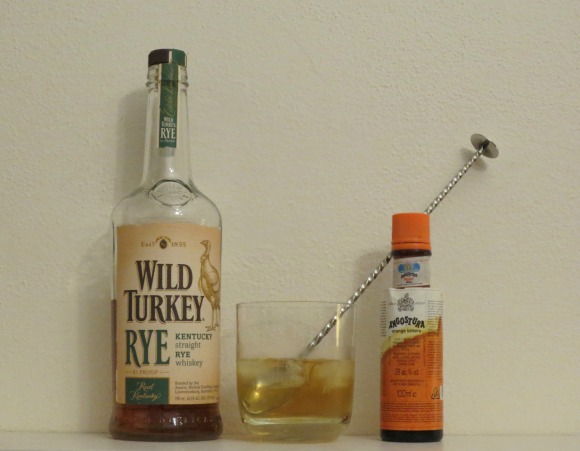 ‘You’ve just been poisoned’ might well be the best tagline I’ve ever seen on a cocktail bar’s website, and it belongs to Bangkok’s Sugar Ray. I stumbled across it after reading about the bar in Lonely Planet’s Bangkok guidebook, which describes it as the kind of funky, hidden place that makes Old Fashioneds with aged rum, cardamom syrup and orange (you can read the full review here). Naturally this got me thinking two things:

1) I really, REALLY want to go to that bar (and a bunch of other Bangkok hotspots too!), and

2) Could I create something similar?

And so the experimenting began. Ages ago I made some cardamom-infused vodka by crushing 3 cardamom pods and leaving them in about half a cup of vodka for a few days before straining them out. I had some Angostura Orange Bitters. I figured those two ingredients would provide the necessary flavours even if they weren’t in syrup form. I didn’t have any aged rum but I did have some good old Johnnie Walker Red, which is the whisky I always use in Old Fashioneds because it’s relatively cheap and so am I, and so all I had to do was add the cardamom vodka and orange bitters to my normal Old Fashioned recipe and I’d be onto a surefire hit, right?

Here is the bit where, ordinarily, something goes horrifically wrong. Something spontaneously combusts, or my eyebrows catch on fire, or – worse still – I end up with something completely undrinkable. I am used to this. Hell, I was prepared for it. So I was almost disappointed when…nothing happened. And my taste testers agreed I’d made something sophisticated ‘that you’d get in a real bar’.

I tried again, this time using rye whisky, and got an even better result: the kind of cocktail that would be at home in a gentleman’s club, smooth, deep and full of intriguing flavours that border on the exotic.

All that was left to do was think of a name. Even that was easy; I’d used rye and whisky interchangeably, and thus The Interchange was born. As far as creating my own cocktails goes, I’d say this is one of the most successful – indeed, no one got poisoned…

This one’s by the 52 Cocktails crew, with thanks to Sugar Ray and Lonely Planet for the inspiration.