Recently I made a big batch of lychee syrup and then had the pleasure of working out how to use it all. A few (OK, many) drunken hours (OK, days) later, I realised there’s no point trying to reinvent the wheel when you can just take an existing wheel and tweak it until you get something you like. So, now that my car has no wheels left, I’m ready to present the Fitzeveryone, which is basically a Fitzgerald but with a few tweaks (OK, a lot of tweaks).

For those of you unfamiliar with the Fitzgerald, I implore you to stop reading this drivel right now, and go and make one.

For those of you who know and love the Fitzgerald, that sublime mix of lime, gin and bitters that always makes me feel like a be-spangled flapper in a 1920s speakeasy, I implore you to stop reading this drivel right now, and go and make one.

And for those of you who’ve had loads of Fitzgeralds and are ready for something just a bit different – try the Fitzeveryone and see what you think. 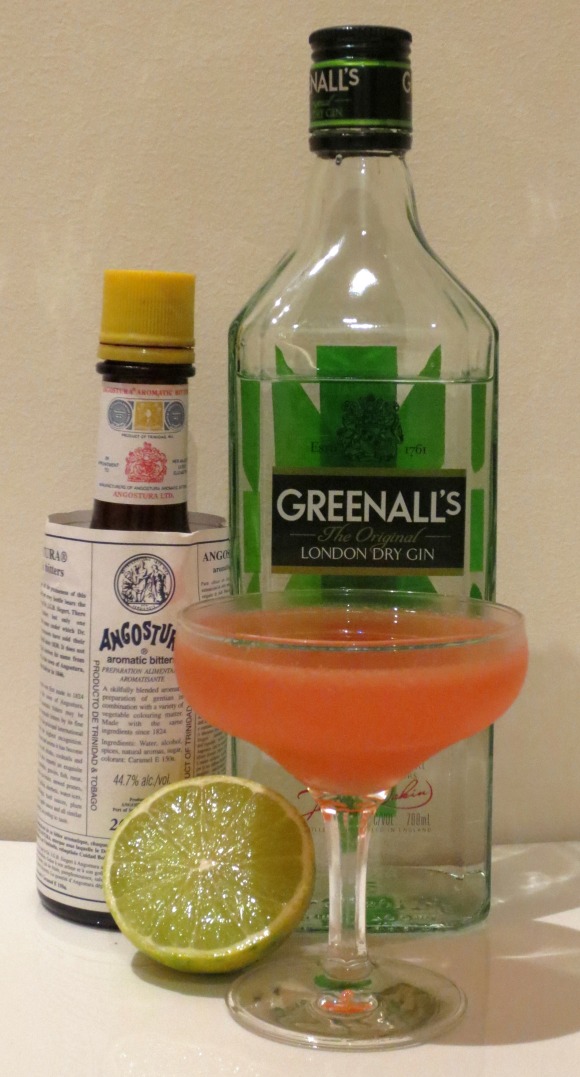 Pour all ingredients into a shaker that’s half-full of ice. Shake it like you’re on the run from the law. Strain into the glass and relax; everything’s copasetic, darling.

The hardest thing about this cocktail is not getting addicted to it.

Various recipes exist for this divine drink, which was created by the brilliant Dale DeGroff. This one appears on the free version of the Mixology App and appears to be the same one Dale himself uses, minus the lemon wedge garnish.

60ml lychee syrup (To make lychee syrup, blend a whole can of lychees, including the syrup, until smooth. Strain through a muslin-lined sieve, pressing with the back of a spoon to extract as much fruit and flavour as possible. Pour into a clean glass bottle and add an equal amount of sugar syrup. Store in the fridge – it will keep for about two weeks.)

30ml cachaca (Cachaca is the national spirit of Brazil; it is a clear liquid that is distilled from sugarcane juice. I used a brand called Pitu, which obscurely enough has a picture of a prawn on its label. Thankfully this does not indicate it is prawn-flavoured alcohol. Rather, cachaca has a slightly dirty, mineral-y, sometimes even petrol-y scent and taste – but in a good way. You could say it’s an acquired taste, but then you’d have to pretend that it only takes one Caipirinha – the most common drink made with cachaca – to acquire that taste. Best you pretend it’s really hard to adjust to so you have an excuse to drink lots of Caipirinhas before moving on to the Fitzeveryone.)

Once you’ve made the syrup, this one’s a cinch.