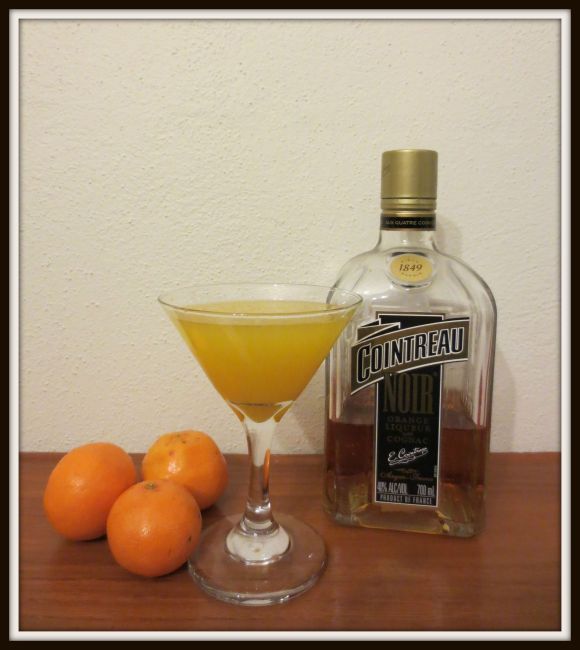 It probably says a lot about me that in the dead of winter I still have a bottle of uni-student-budget-friendly Moscato handy.

Yep, it says that I am prepared for any drink-making eventuality, including the one where I make a really bitter drink by accident and realise it can only be saved by something sweet and fizzy. Never mind that it also says I am so disorganised that I totally forgot to drink all the Moscato in summer (when it would have been added to a shot of peach or apricot nectar in a cheap imitation of a Bellini) because it was buried beneath all the bottles of gin.

Anyway, it proved useful today when I was craving something citrus-y and had a few mandarines and some Cointreau Noir hanging around (as you do).

Side note: just as you say tomato and I say Bloody Mary, some people say mandarines and some people say mandarins. In reference to the fruit, I’ve always said mandarines, while 52 Cocktails’ CTO (Cocktail Tasting Officer) has always said mandarin. To me, a mandarin is a Chinese bureaucrat, or a type of collar on typical Chinese clothing, or a reference to the Mandarin Chinese language, while a mandarine is smallish orange-coloured citrus fruit with a thin, easy-to-peel skin, a refreshing fragrance and segmented, juicy innards. And since I am in charge of this write-up and the CTO isn’t, well, what I say goes. So if I say mandarine I mean the fruit, and if I say mandarin I mean, well, mandarin.

So, as I was saying, I had some ingredients on hand and combined them, and the result is the Bitter Mandarin.

2-3 dashes Fee Brothers Aztec Chocolate Bitters (if you are in Australia, they are available here: http://www.onlybitters.com/fee-brothers/)

Moscato, to top up

Feeling bitter? Work pissing you off, bureaucrat? Then chop the mandarines into quarters, chuck em in the glass part of a Boston shaker, add a sugar cube and the bitters and muddle the hell out of them. Add the Cointreau Noir and half-fill with ice. Shake with rage and then double-strain into the glass. (To double strain, fit a hawthorne strainer into the shaker and place a tea strainer over the glass. As you pour through the hawthorne strainer into the tea strainer, you’ll be double-straining. It’s just like when your boss asks you to meet this week’s deadline as well as next week’s, but needs everything done yesterday… a LOT of straining.) Top with Moscato (you might need quite a lot to sweeten it to your liking.)

Ah, the stress relief that comes with bashing the sh*t out of a helpless piece of fruit – er, I mean, this one’s easy.

This one was invented by 52 Cocktails.

Well, that depends on who you ask. I’d say it tastes bitter (from the mandarine peel, not the bitters themselves), and mandarine-y. A bit like an Asian digestif. The CTO says it’s like a palate-cleansing sorbet and claims, “It’s not bitter at all, but then I’ve been drinking wine all night, so…” We agree that it does not taste like there’s any alcohol involved (which some people might say is the sign of a good cocktail) but suggest you do not serve it to under-18s just in case. 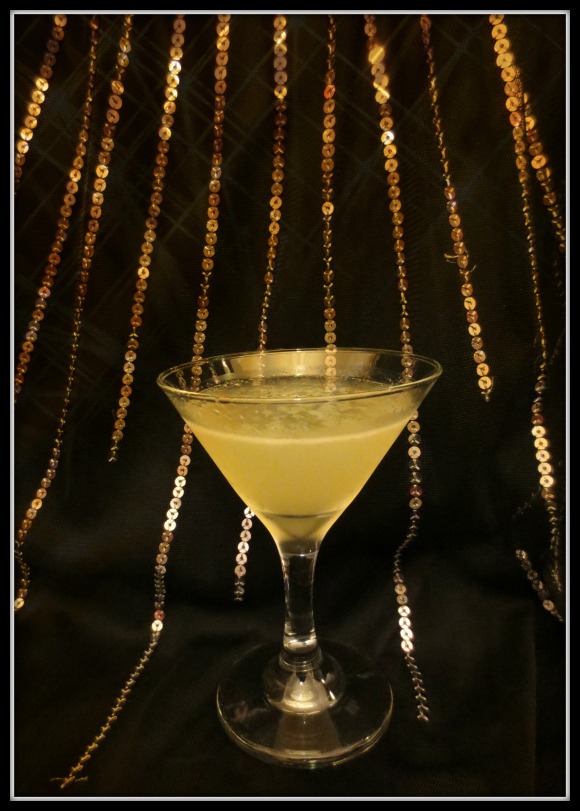 If a White Lady (that’s Cointreau, lemon juice and gin) were a person, she’d be a bit like Cinderella; elegant, understated and mysterious, the kind of lady who leaves you wanting more when she disappears at midnight.

If a Femme Fatale (that’s a twist on the White Lady, using Cointreau Noir instead of Cointreau) were a person, she’d be just like a White Lady. Except she’d kill you with her bare, manicured hands before she disappeared at midnight.

Cocktail glass, or the most elegant glass you’ve got

Add all ingredients to a shaker that’s half-full of ice. Shake hard, then strain into the glass.

Easy to love, but be warned; it’s a killer in disguise.

The Femme Fatale was created by the 52 Cocktails team. It’s based on the version of a White Lady that appears in Margaret Fulton’s Book of Cocktails & Party Drinks (Octopus Books, 1984).